Biggest. Assembly. Ever. The Takeover
To make a big impact in anti-bullying efforts, we partnered with Google, The Old Spice Guy, Bella Thorne, Robbie Amell, Mae Whitman and the cast of the teen anti-bullying movie The D.U.F.F., and over 4,000 schools & 20,000 students who joined together for a nationwide live stream anti-bullying assembly and stage show – hosted by anti-bullying advocate and musician, Keenan West.


“By partnering with Mean Stinks and being part of the Biggest. Assembly. Ever., we are able to directly reach and relate to kids all across the country to let them know that they’re not alone and that it’s up to them to stand up and make a difference.”
— Mae Whitman

Mean Stinks helped to shift the online conversation from negative to positive by encouraging students throughout the assembly to use their smart phones to do “Nice Takeovers,” flooding Twitter, Snapchat, Instagram and Facebook with thousands of messages of niceness, resulting in #MeanStinks becoming the third national trending Twitter hashtag.
PRESS
AWARDS
Creative Direction + Creative Technology + Animation + Production 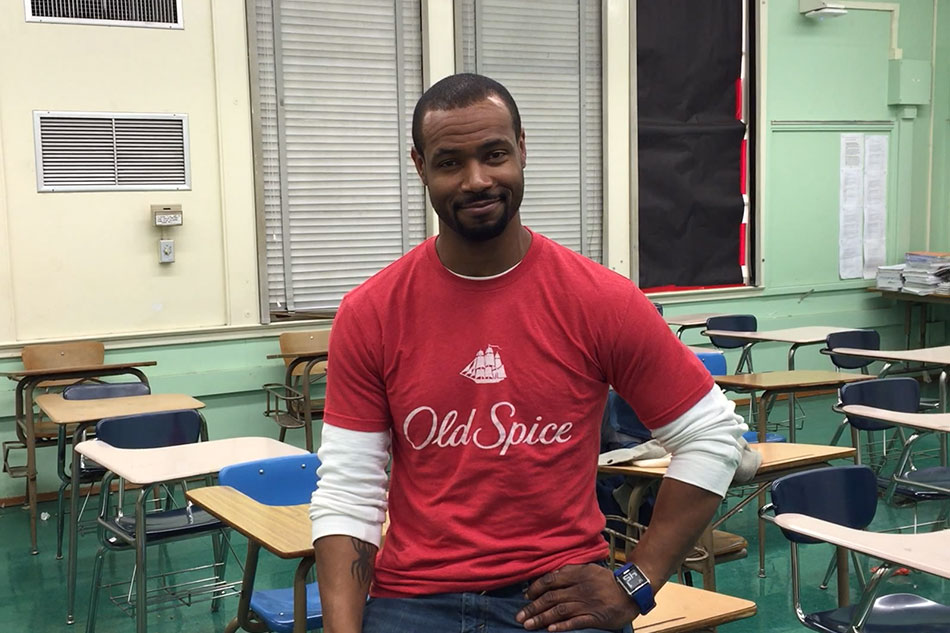 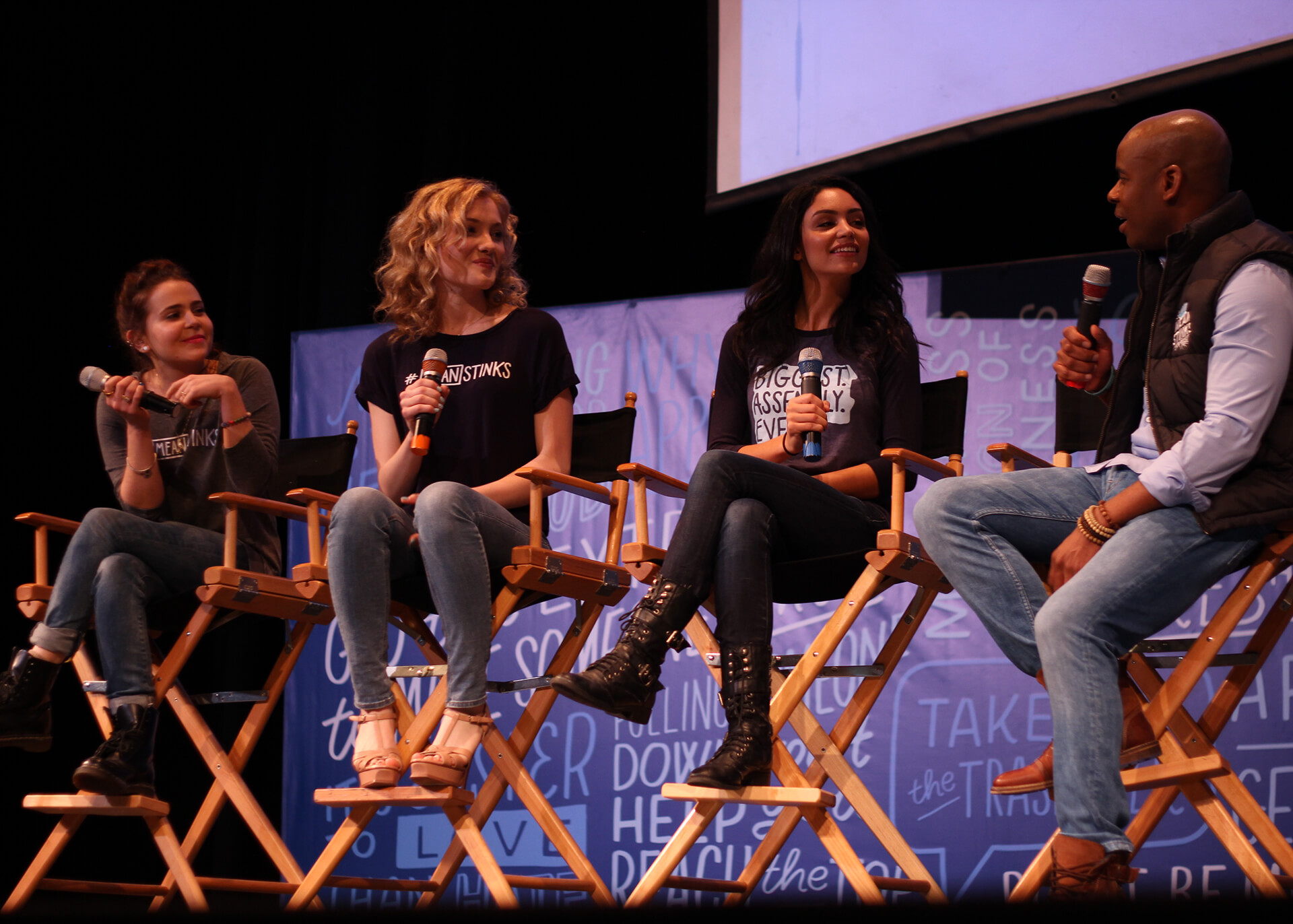 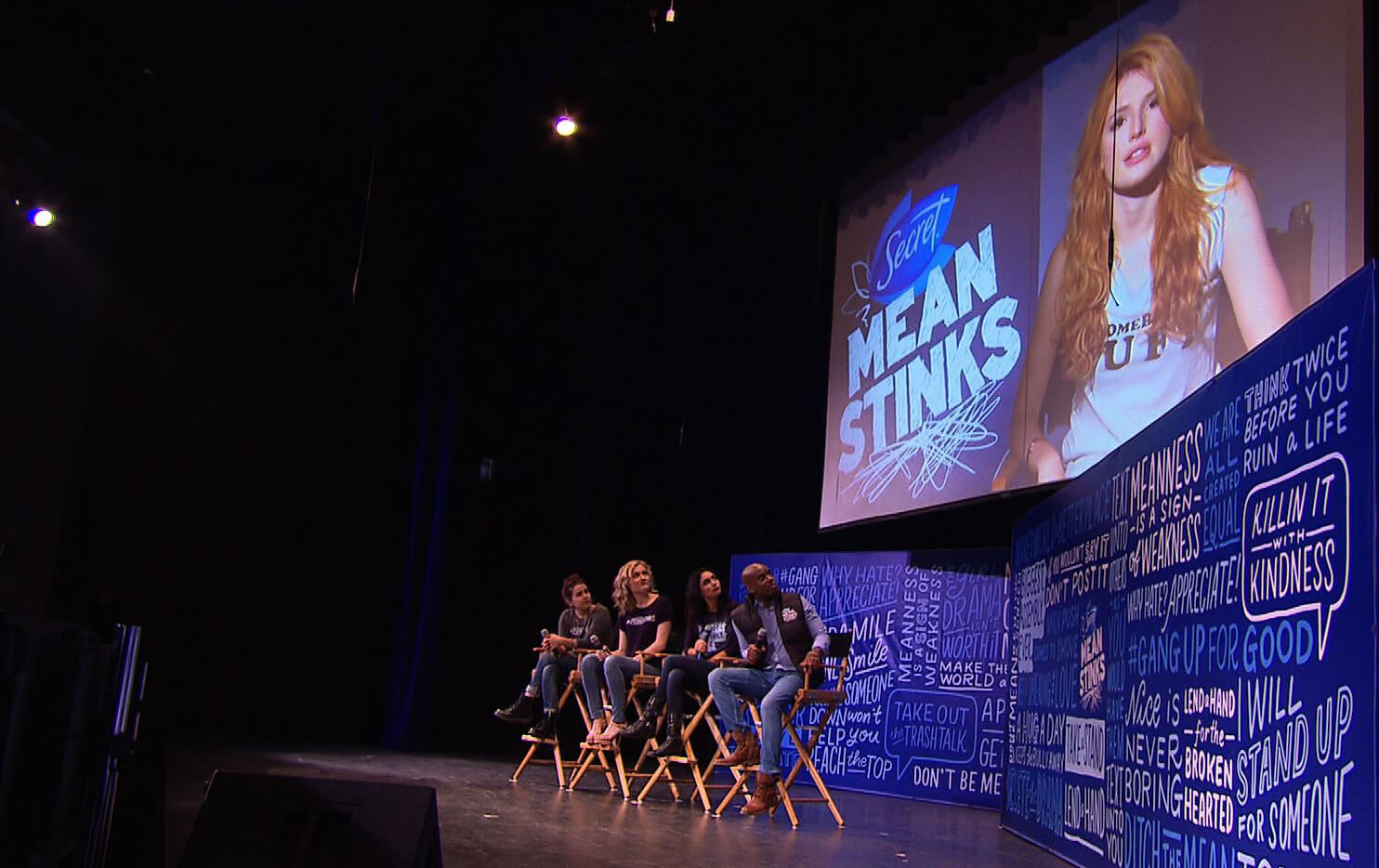 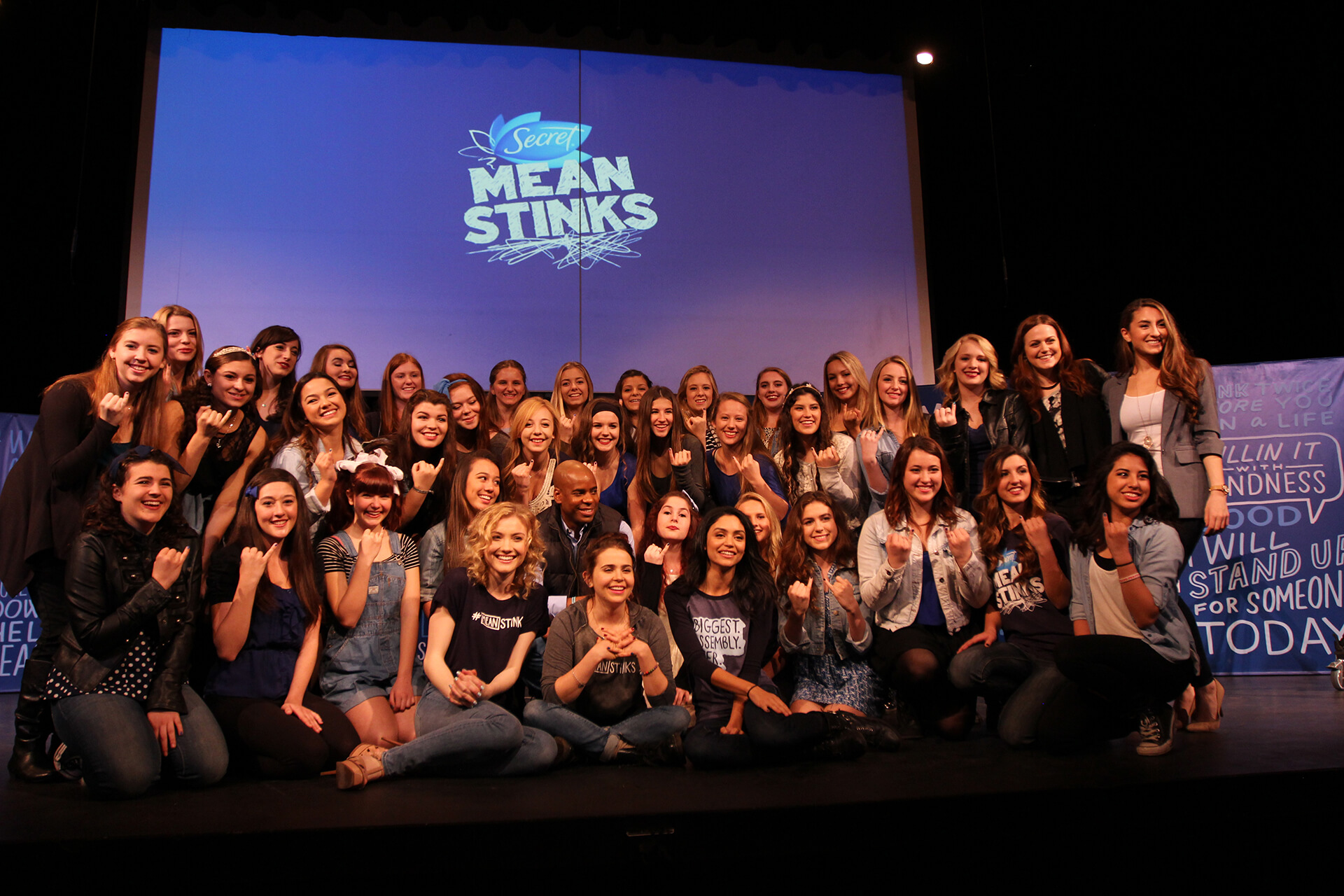 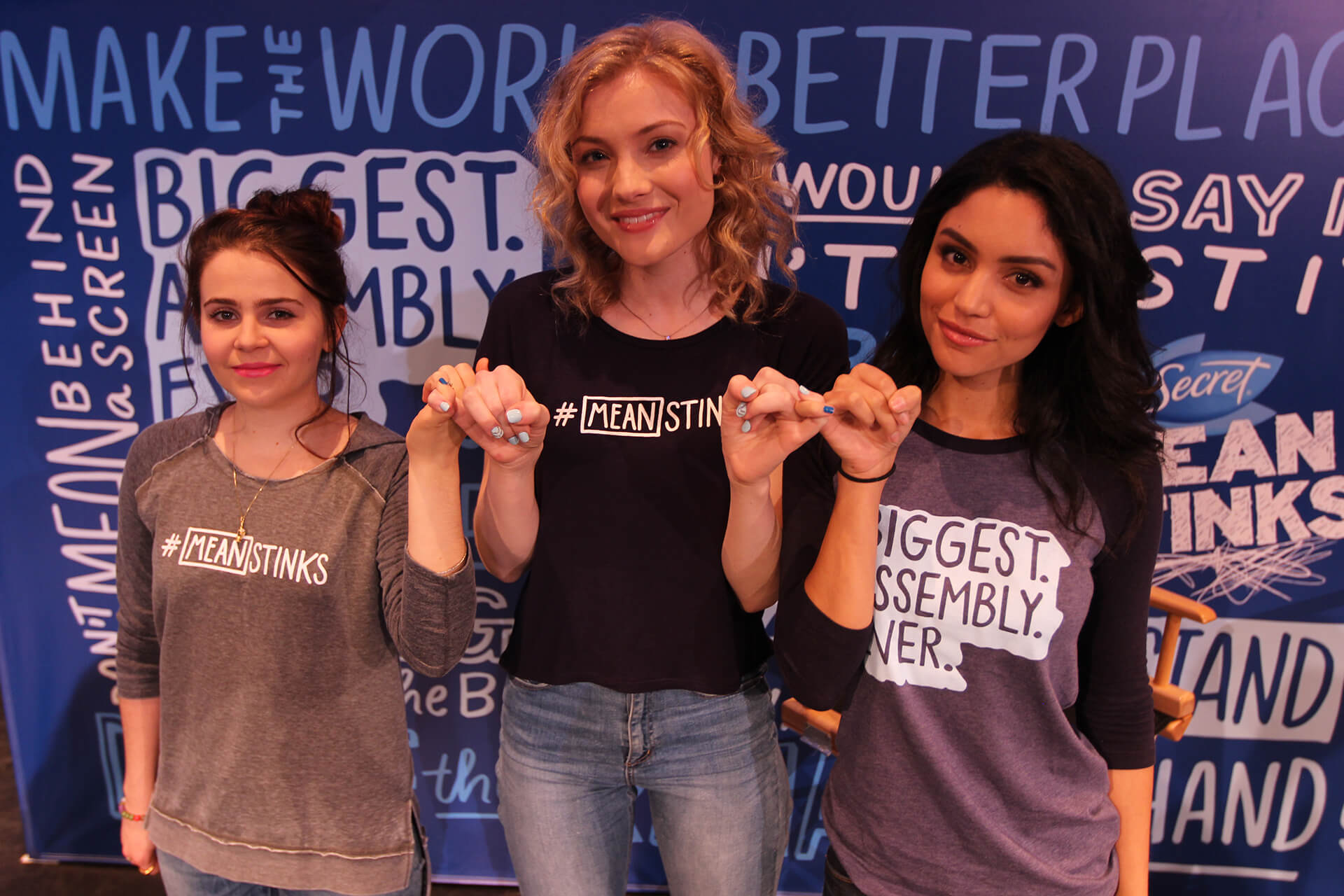