Biggest. Assembly. Ever. with Zendaya
Day after day millions of teens in the US are completely humiliated, shamed, and abused. Bullying is rampant. Especially where they can't escape – at school.

We wanted to help fight bullying the one way most experts agree works better than detention, expulsion, and even jail – changing the culture of the school.

To do this, we needed to do something bigger. So we created the first ever nationwide live-streaming, real-time assembly. The Biggest. Assembly. Ever.


“In partnership with Secret Mean Stinks, I want girls everywhere to ‘Gang Up for Good’ against bullying. The Biggest. Assembly. Ever. provides the perfect forum to raise awareness about girl-to-girl bullying while encouraging girls to start choosing nice behavior over mean.”
— Zendaya

We partnered with Google and used their Hangout technology in a whole new way. With not just 10 people, but hundreds of thousands. Almost 500 schools across 4 timezones changed their schedules around to join us. Nearly half a million students watched the assembly on MeanStinks.com and commented on Twitter.

We added the anti-bullying expertise of blogger Alexis Jones from I Am That Girl. Then we heard cyberbullying stories from actor and singer Zendaya.


“I was bullied in school for my height so I know how it feels when the ‘mean’ never ends.”
— Zendaya

We then shared the dramatic story of one school's bullying culture: Granada Hills Charter HS. At the assembly we honored them with the first ever Mean Stinks Nicest School in America trophy for completely turning around a culture of mean.

The assembly earned over 400 million impressions organically. Simply fueled by the schools’ commitment.

The Biggest. Assembly. Ever. response was huge, but also remorseful.


“We actually had a bully unexpectedly come up on stage and apologize to someone… not a dry eye in the house.”
— Max of Cape Coral, FL
The fight against mean makes a big difference. Making this assembly the Biggest. Assembly. Ever.
PRESS
AWARDS
Creative Technology + Production 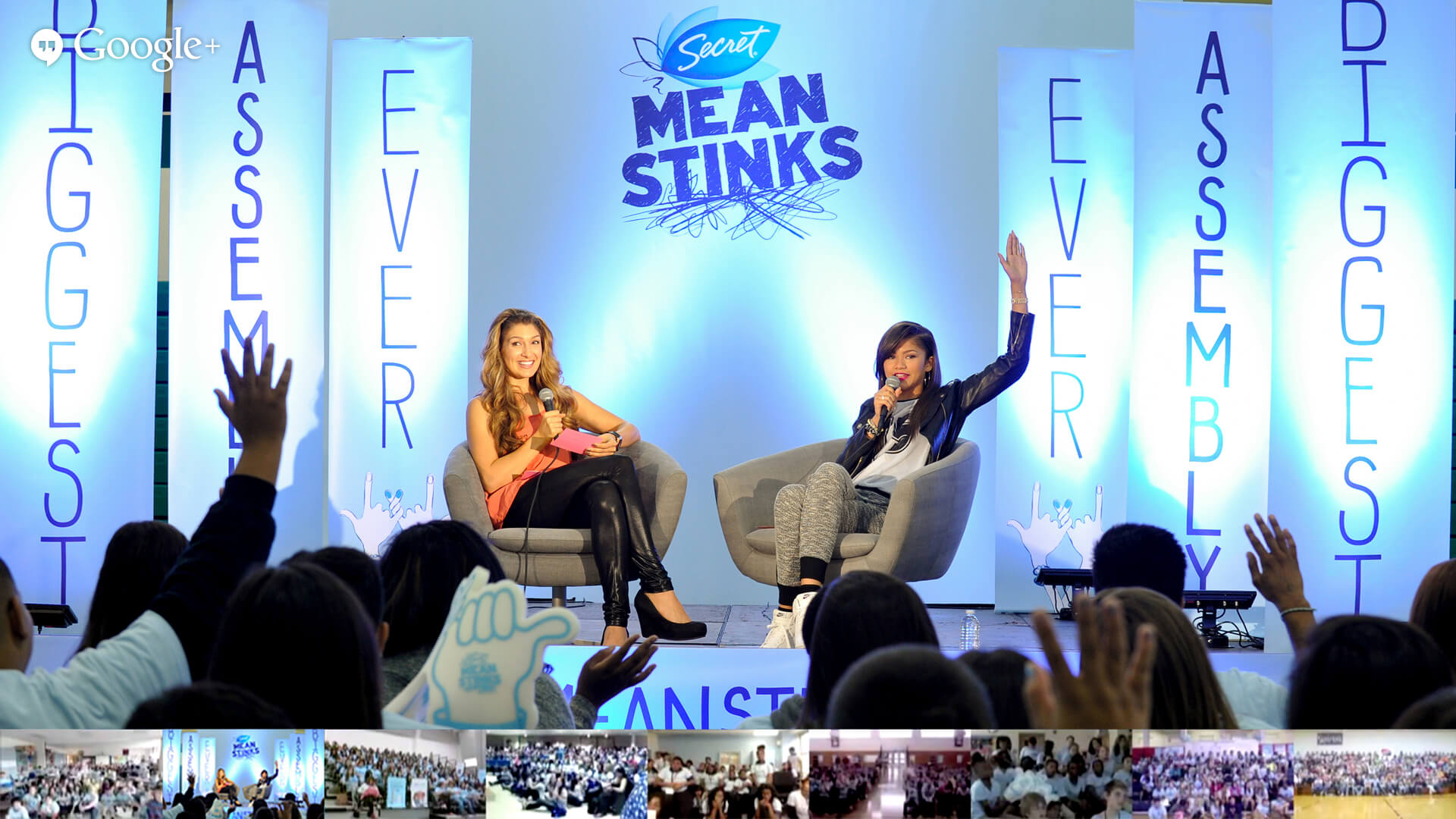 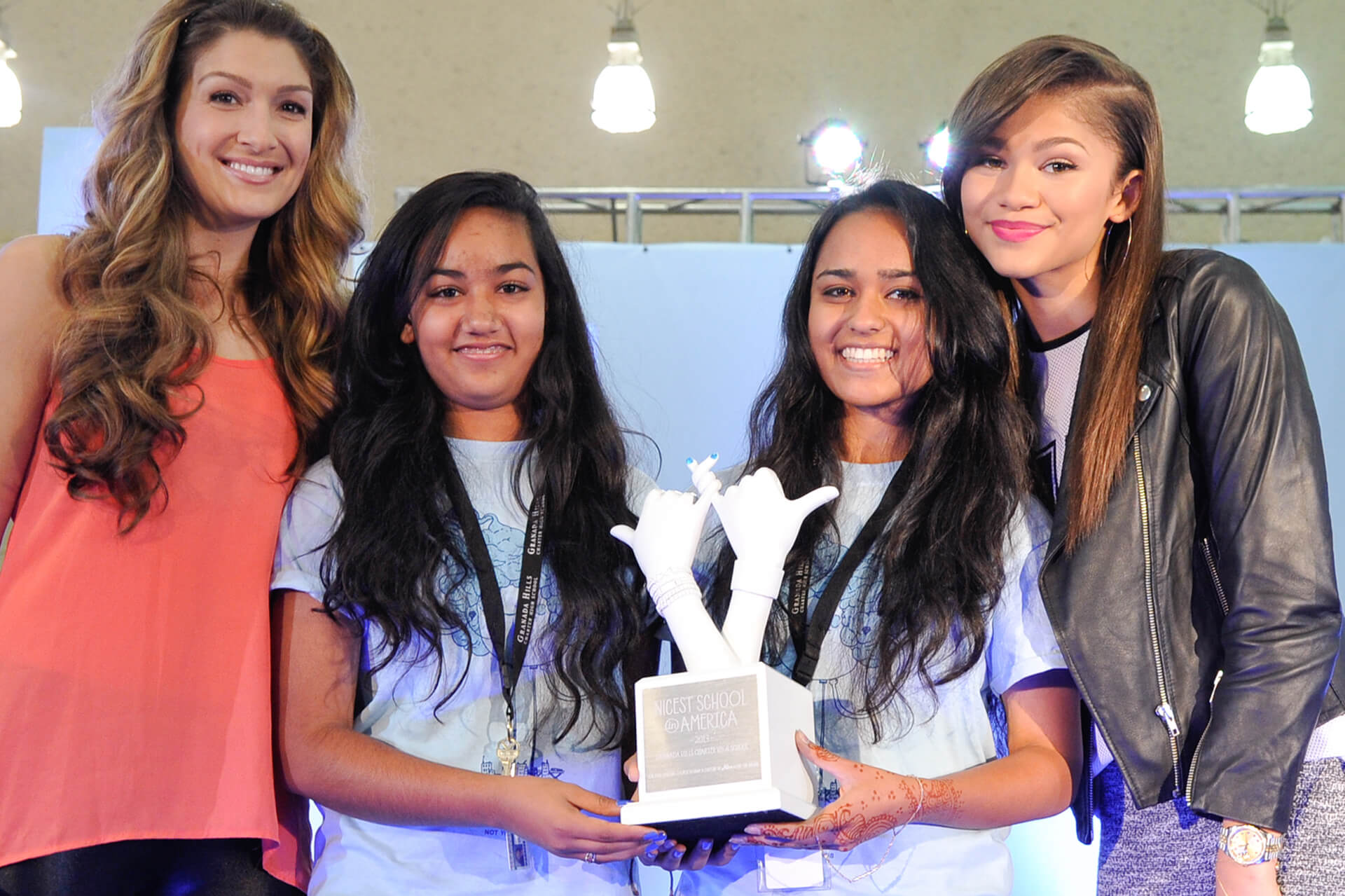 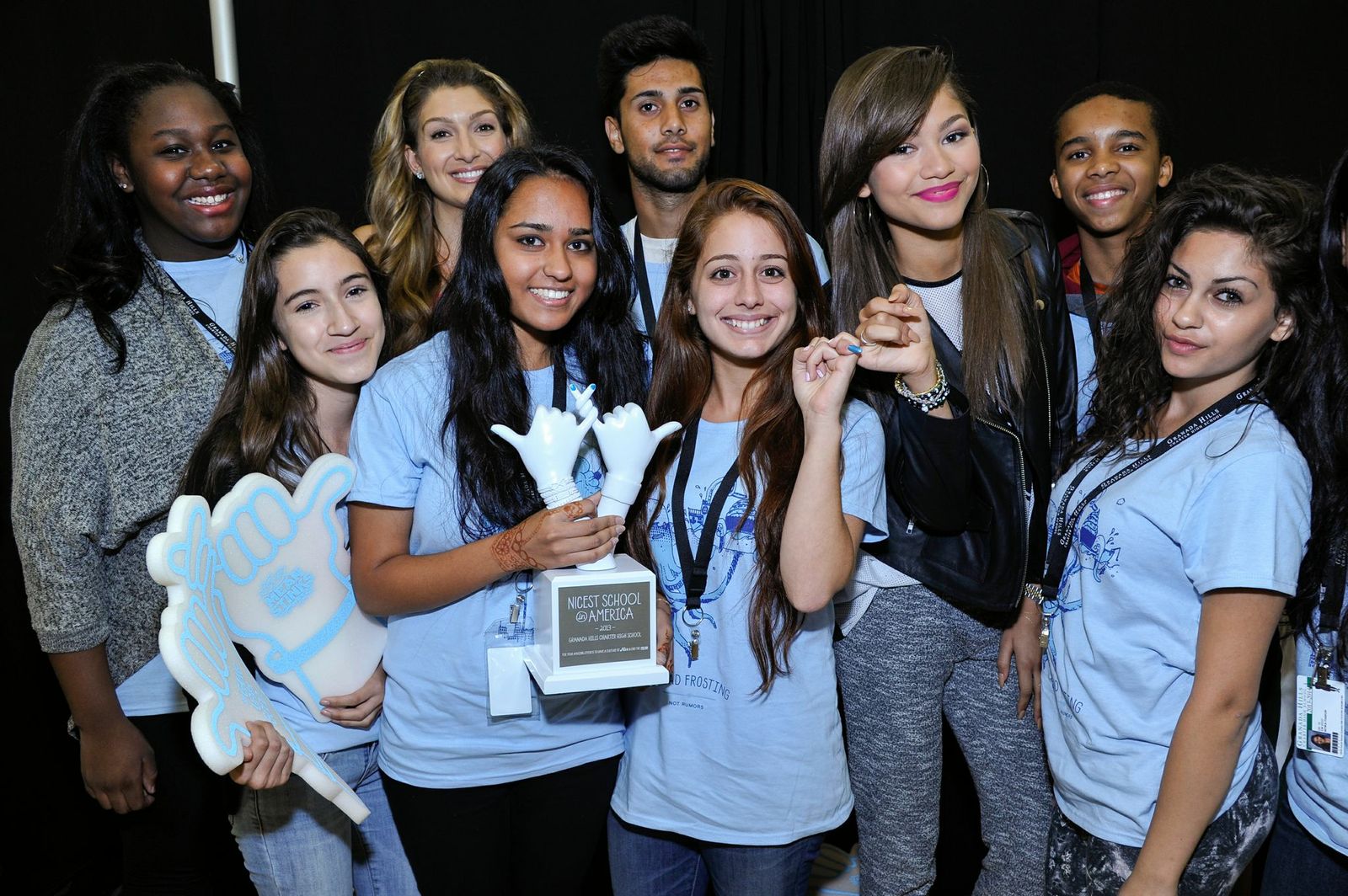