Coca-Cola: Arctic Home
In the face of environmental change and a shrinking Arctic habitat, Coca-Cola sought to help ensure a future for the polar bear. Coca-Cola pledged $3 million to support World Wildlife Fund's efforts to establish a lasting Arctic refuge. We created Arctic Home to increase awareness of the polar bear's plight and encourage additional donations from the public.

We created this animation to invite the public to contribute to the effort by making a $1 donation via text. With it, we sought to illustrate how our collective texts (represented by thumbprints) can add up to something amazing - a future for the polar bear and its Arctic home.
PRESS
AWARDS
Animation 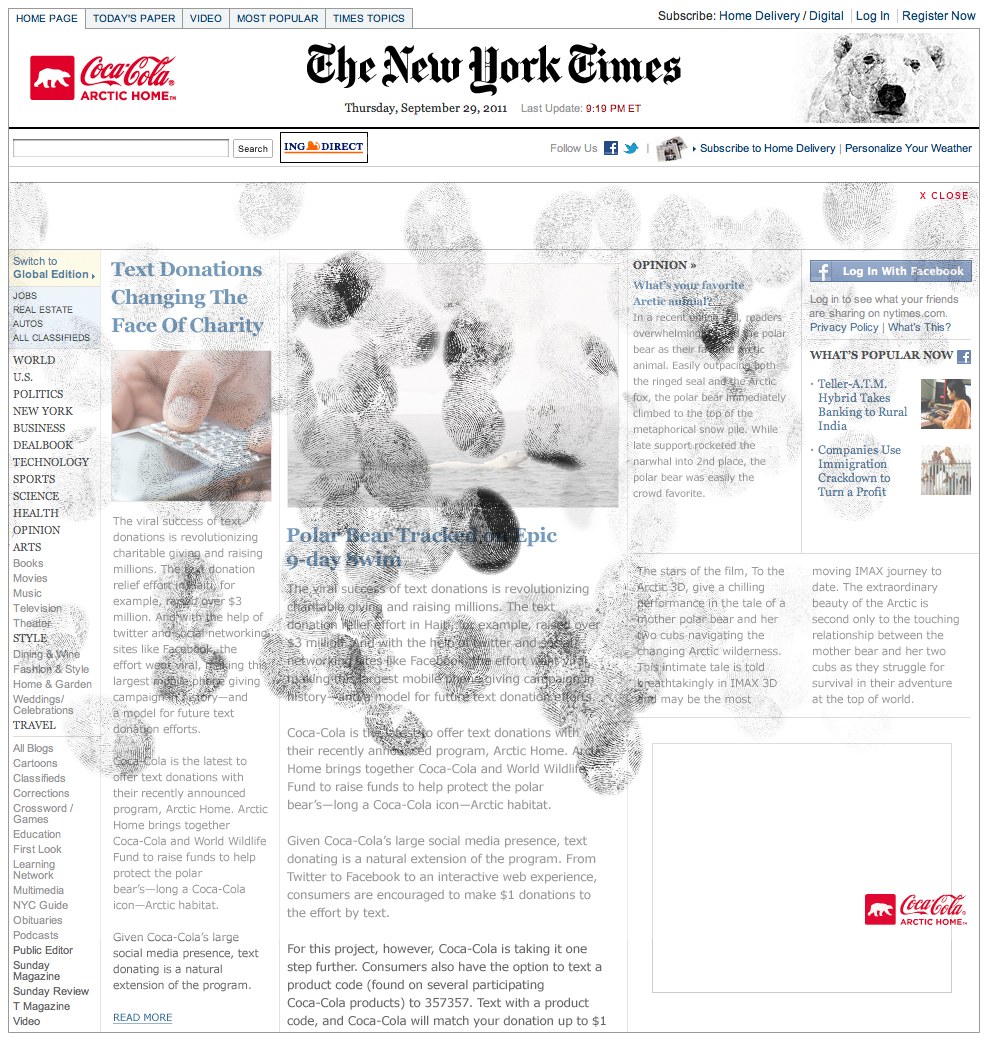 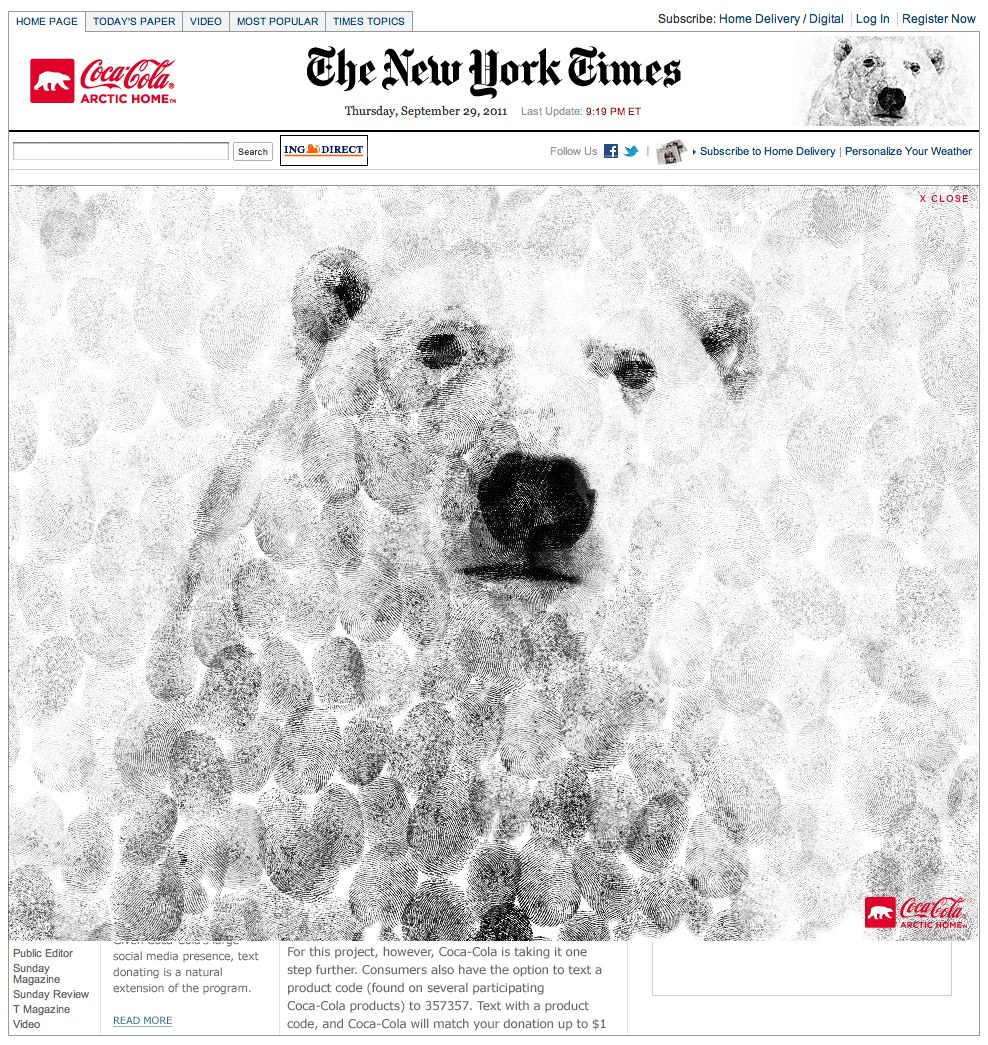